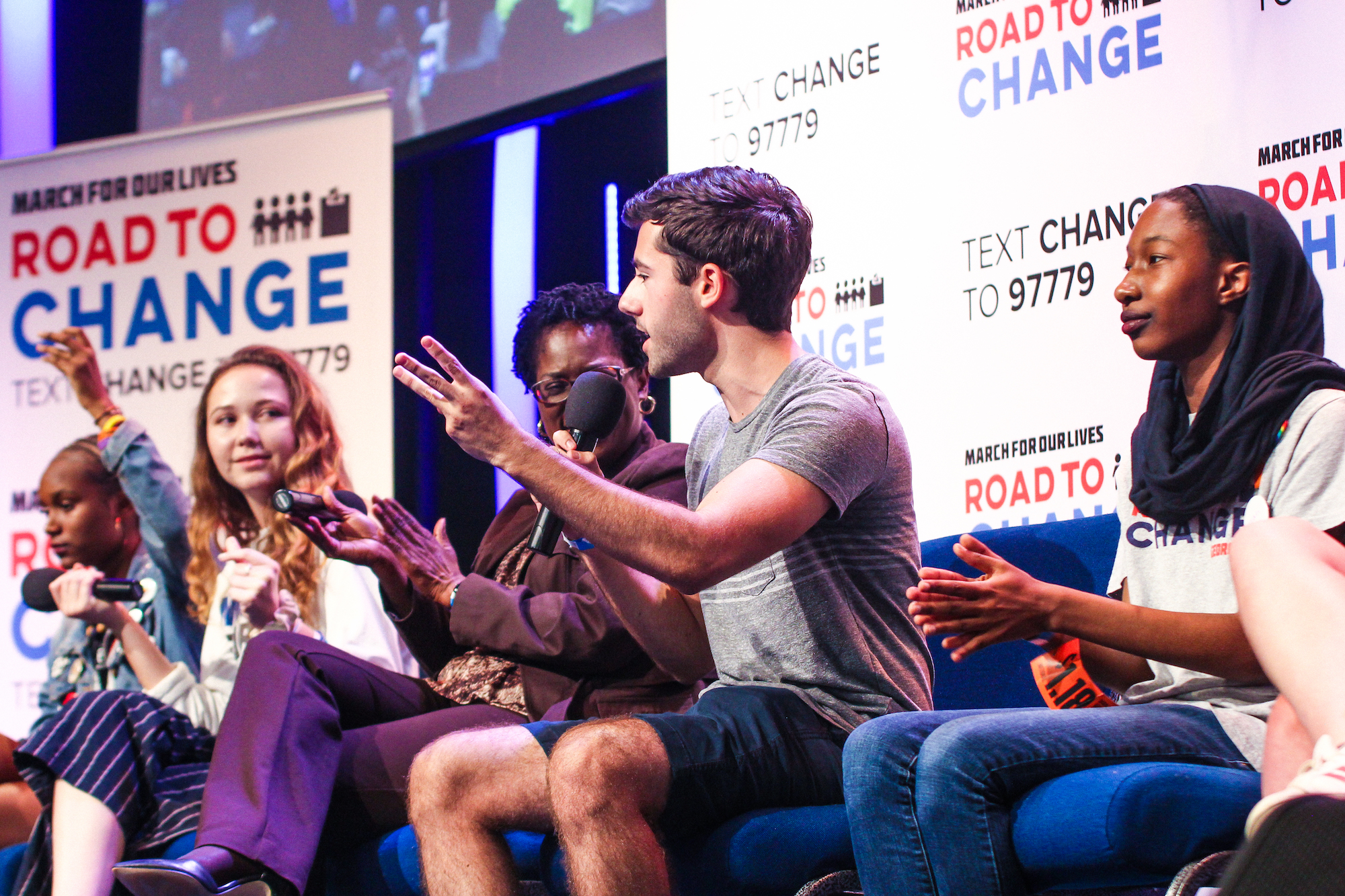 Hoping to maintain momentum they built last year, student organizers of the March For Our Lives movement seeking an end to gun violence have taken to the streets this summer.

The organization started and led by students who survived the Feb. 14 shooting that killed 17 students and staff members at a Parkland, Fla., high school has put together a summer tour called Road to Change. Its East Coast leg began July 28 in Tallahassee and will end Aug. 12 in Newtown, Conn. It focuses on voter registration and keeping the issue front of mind.
A rally Sunday night at Georgia State University’s Rialto Center for the Arts with about 300 in attendance was just the second stop on the tour and preceded a larger event Monday night at Eagles Nest Church in Roswell. It was originally planned for Centennial High School, but organizers said the Fulton County Board of Education rescinded the permit at 5 p.m. Friday.

The Rev. Lee Allen Jenkins said it took him “less than a millisecond” to offer up his church.

“We care about safety, giving young people a voice and standing up for issues that are important,” said Jenkins. “We have a history of speaking out on social issues as a church — racial reconciliation, social justice, sexual identity, mental health — we try to help develop a biblical world view and not run away when the conversation is uncomfortable.”